Crime on the Rise – Safeguarding Your Association From Dishonest Members

We knew the struggling economy would have some impact on the number of crime perpetrators but nothing quite this bad. 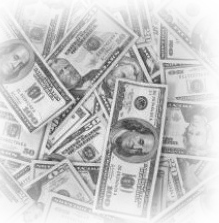 According to Kevin, there had been a total of 272 crime losses submitted to his program during a five-year period with an astonishing amount paid of nearly $7.6 million. That’s $7.6 million in embezzlement losses from communities—communities who, in good faith, had reserved those funds in anticipation of and preparation for future replacement, remodeling, and renovations. If it were not for Kevin Davis’ program (and the coverage provided by Travelers), the $7.6 million of funds would be completely lost. Thanks to Kevin and Travelers these losses were covered, and the associations were able to continue on without levying mega-sized special assessments to make up for the missing funds.

Some rather surprising statistics (again full credit to Kevin Davis and his team at KDIS):

Below are real-life examples of the most popular ways in which money is embezzled from HOAs:

There are many valuable lessons to be gained from this data. You must make absolutely certain you have the right financial controls in place, which include:

Crime losses can be avoided. Homeowner associations should always be diligent. Work with your insurance agent/broker to make sure that you have sufficient coverage, and that coverage extends to acts committed by both your employees, volunteers, and management agent.  Finally, make sure you always have sufficient financial controls in effect.

Our thanks to Kevin Davis, CIRMS, of Kevin Davis Insurance Services. You can visit his firm’s website at http://www.kdisonline.com/