Jacqui Irwin, a California Assembly Member from Thousand Oaks, drafted a change to the Davis-Stirling Common Interest Development Act, which, along with other much-needed financial controls, requires Crime/Fidelity protection for California CIDs at specific limits.
—– 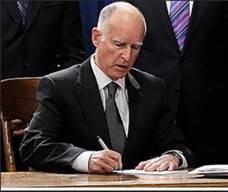 Two separate embezzlement claims in Southern California over the last four years have resulted in losses estimated to exceed 3 Million dollars and impacted nearly two dozen homeowners associations. Prior to this bill, the Davis-Stirling Act, California’s complex common interest development act, had been surprisingly lean on guidance for non-profit CIDs with regard to crime and embezzlement protection. While a long-standing provision, Civil Code §5300(b)(9) required associations to annually distribute a summary of the association’s fidelity insurance policies including the name of the insurer, the deductible and the amount of coverage in force, but until last month there was no direction regarding (1) the scope of coverage; (2) the acceptable limits that should be maintained; and (3) whether or not the crime/fidelity coverage was to be extended to the manager and/or management company. All that changed on September 14, 2018, when Assemblymember Irwin’s (D-Thousand Oaks) legislation passed Governor Jerry Brown’s desk and was signed into law.

*Since crime/fidelity policies are written on a one-year form, Boards must consider not only the current Reserve balance, but also what contributions may be made to the Reserve Account over the coming 12 months. Barring any anticipated (or sometimes unanticipated) capital expenditures, Reserve account balances will increase monthly. Of course, CIDs who anticipate levying a special assessment during the upcoming year, or expect a large insurance settlement, should calendar such events and amend the limits as necessary to remain in compliance with the Act.

Simple crime/fidelity provisions or endorsements added to Master Policy package policies will not work in most cases as they rarely include the Computer Fraud and Funds Transfer Fraud insuring agreements and virtually never address the management agent and/or management company. As a result, boards of directors will have to speak with their insurance agent/broker to confirm that their current policy complies, or to have a standalone crime/fidelity policy issued that would comply with all three of the new insurance requirements.

January 1, 2019 is around the corner. California CIDs should contact their insurance agent/broker immediately to have the coverage amended, if necessary, to comply with the new law. Prior to contacting your insurance professional, it would be prudent to review your Association’s governing documents to see if crime/fidelity coverage is required and if so, if the prescribed minimum limits exceed the limits required by the new legislation.