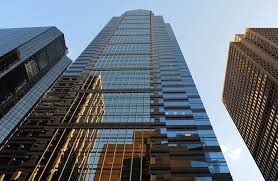 How expensive? Several years ago, we spoke with Tim Davey, founder and president of DRI Commercial, a large roofing contractor in California. He said having the multi-family exclusion removed from his firm’s general liability policy, allowing his firm to continue to work on condominium associations, cost him hundreds of thousands of dollars in one year alone. “We want to continue to serve the common interest development community,” Davey said. “Obviously, we have to have the coverage. We’re not going to bid on condominium associations without the correct insurance coverage, but we don’t always know if our competitors are being held to the same standard.”

What’s driving this problem? After mounting claims from years of construction defect litigation in California, general liability insurance carriers are trying to distance themselves from condominium projects because they know the overwhelming potential for a resulting construction defect case. As a result, carriers have imposed strict exclusions which limit or completely eliminate coverage for work on condominium associations. The impact of these exclusions is to eliminate coverage for any bodily injury or property damage claim which may result from the contractor’s work.

The problems are varied, Mendel explains, “We’ve had contractors that have bid for us for years that can no longer bid.”

This is because their insurance no longer covers their work on common interest developments. “We’ve had contractors under contract, whose coverage expires in the middle of the project and can’t finish the work.”

Mendel is frustrated that even post-construction work is impacted, “We’ve even had contractors who have finished a project, but now can’t go back and do warranty work.”

Dennis Brooks of Design Build Associates, Inc. of Westlake Village concurs, “We are finding it more and more challenging every day to find contractors that have or are able to afford the insurance to work on condominium projects. We have had very qualified contractors that just won’t buy the insurance anymore and are no longer doing HOA work because of the increased cost of insurance. Brooks clarifies it’s not just the contractors. “The subcontractors are affected as well. We recently had a large project that was about 50% complete when the stucco subcontractor’s insurance came up for renewal, and the insurance company refused to renew it for condo work. At which point, we had to change stucco subs to complete the project.”

Finding out if your contractor has the right coverage isn’t easy, mostly because commercial general liability coverage for contractors is written by excess and surplus lines carriers, many of which use their own manuscripted “multi-family exclusion” endorsements. In the absence of any standardized insurance language and with no reference to the exclusion on the declarations page which may tip off a manager to the gap in coverage, one is reduced to requesting complete copies of the contractor’s policies and reading the policies cover to cover to locate the exclusionary language. Not only is this time consuming, but it’s fraught with exposure. Inadvertently hiring a contractor who doesn’t have general liability coverage to work on condominium associations can mean that any extension of coverage the Association has been able to obtain by being named as an “additional insured” is, in a word, worthless.

Condominium associations with larger construction jobs may actually have an advantage. Brooks said, “The larger HOAs have a better chance on finding contractors because their volume of work is generally higher and therefore we need to find contractors for them that have the ability to complete large multimillion dollar repair work. These size contractors are more able to maintain the cost of the insurance. Whereas the small contractor faced with a large and rapidly growing insurance cost to keep working on condos is much harder to find. That means that you now have fewer and fewer small contractors (with smaller overhead) in the marketplace to work on the smaller projects that they used to do all the time.”

The result? “The smaller HOAs are paying more for the large contractors (and large overhead) to get insured work accomplished on their property,” said Brooks.

Unfortunately, it’s not just the contractors who are finding that their general liability coverage may not cover their work on common interest developments, “It’s also for the design professionals that provide design work for these projects,” Brooks said.

“We have another project right now that we are trying to decide: do we hire a very qualified architect without Errors & Omissions coverage and require the architect to take out E&O coverage, the cost of which the architect will pass along in his fee to the client, or do we hire another architect that already has the E&O but who insists on limiting his liability to a much smaller amount than the insurance value because he claims that the insurance carrier has reviewed his contract and insists that he limit his exposure to take on these condo rehab projects?”

Mendel expresses concern that getting liability coverage during the repair work may only address part of the problem. The real concern, he says, may start when the contractor and his crew have completed the job as there are some insurance carriers that are trying to further limit their exposure to the time the contractor was on the premises. “Even if the contractor is approved to work on HOAs, there are carriers out there that are excluding ongoing operations. Their general liability coverage is only good for the time that they’re on the project. The endorsement excludes any operations after they’ve left the job site.”

Mendel suggested that by adding an ‘Ongoing Operations Exclusions,’ the Association, although named on an additional insured endorsement, does not have the same coverage once the contractor’s crew leaves the job site.

The solution involves a painfully careful review of the contractor’s insurance contract prior to work commencing. Mendel said, “Our standard procedure is to pre-qualify contractors in terms of their insurance requirements. We send them a document that shows the insurance coverage our HOA clients require. We want them to send us a standard Certificate of Insurance. If they pass that test, then we typically prepare specifications, and then they bid. If they are low, then we require all the Certificates and Endorsements. When it gets right down to it—we have to look through their entire policy.”

Optimally, the broker who is issuing the Certificate of Insurance for the proposed vendor should provide a statement on his firm’s letterhead warranting that the contractor has the right general liability coverage to work on a common interest development and there is NO “Condo” or “Multi-Family” exclusion that might severely limit or preclude coverage on a condominium association.