Horizontal Layout. (This is the one) 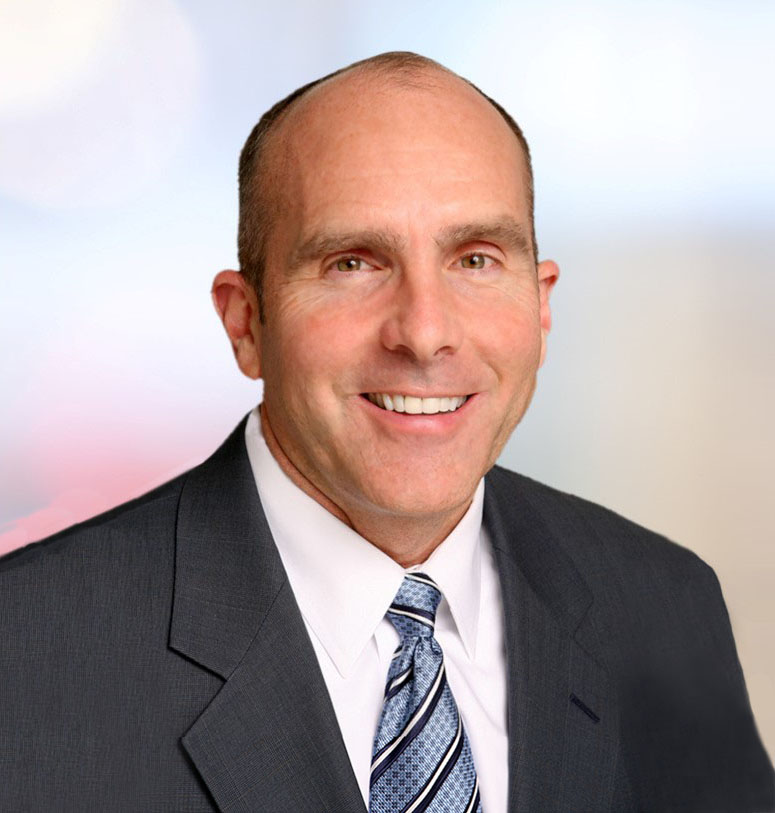 Timothy Cline is one of the United States’ foremost authorities on insurance for common interest developments. He is CEO of Cline Agency Insurance Brokers, with offices in Los Angeles, California and Portland, Oregon. He and his staff specialize exclusively in coverage for condominium associations, homeowners associations, planned developments and cooperatives throughout California, Oregon, Washington, and Arizona.

In addition to speaking weekly before homeowner groups, Tim is a regularly featured speaker at educational seminars and programs throughout California and the U.S., including numerous programs sponsored by Community Association Institute (CAI).  His involvement and expertise have made him the recipient of more than a dozen awards from CAI. For the last 20 years, Tim has been part of the teaching faculty and editorial committee of the California Association of Community Managers (CACM). During this time, he has helped author CACM’s Advanced Insurance Principles curriculum. Tim has spoken at the California CPA’s Common Realty Conference several times. He has been invited to speak at several CAI National Conferences including Denver, Atlanta, Anaheim, Nashville, Palm Springs, Tucson, and Orlando; and has been quoted in articles regarding condominium associations published in the Los Angeles Times, The Daily News, Investors Journal, and the Wall Street Journal.

Tim is very active within the CID industry and its various non-profit trade groups. He previously served as president of the Greater Los Angeles and Channel Islands Chapters of Community Associations Institute (CAI). Additionally, also honored by his peers to be elected president of the Los Angeles Chapter of Independent Insurance Agents & Brokers Association (IIABA-LA). Tim is also an enthusiastic volunteer for the Oregon Chapter of CAI, sitting on the CA Day Committee. In 2002 and 2003, Tim chaired CAI National’s Insurance & Risk Management Professionals Networking Committee. He served on the Board of Directors of the Foundation for California Community Association Education, which produced a black-tie gala in celebration of the 30th anniversary of the Davis-Stirling Act. The gala resulted in $55,000 in grants to CAI’s Educational Foundation.

More about Tim:  Outside of the insurance world, Tim is an FAA-Licensed Unmanned Aircraft System remote pilot (drone pilot) and a former professional musician.  He was a pianist and trombonist in the Disney organization’s youth group “The Jazz Minors,” who performed in New Orleans Square in the park in Anaheim during an eight-year engagement in the early 1980s. Tim splits his time between the California and Oregon offices.  He and his partner share their home with a rambunctious eight-year-old Egyptian Pharaoh Hound rescue named Parker.

Jose H. Glez is President of Cline Agency Insurance Brokers and is the second in the agency to earn the prestigious CIRMS designation. (Community Insurance & Risk Management Specialist) A native of Los Angeles, Jose graduated from UCLA in 1998 with a Bachelor of Arts. Upon graduating, he was hired by Tim Cline for an entry level position, and from there, quickly rose up the ranks. Jose’s contributions and participation in the Southern California insurance community prompted the CAI Greater Los Angeles Chapter to give him the “2000 Rising Star Award”. In 2001 he served as the co-chair on the Social Committee winning the “Event of the Year Award” for his work in helping coordinate the CAI Casino Night. In addition, he serves as committee chairman for the Awards Banquet, co-chaired the Marketing/Strategic Committee as well as the Social Committee. No longer (finally!) the worst golfer on the CAI circuit, Jose’s contributions to CAI lie in his ability to build a program that both educates and entertains. With a background in theatre production, it’s no wonder Jose’s events and programs stand out.

Currently Jose is undergoing the highest and perhaps the most prestigious insurance designation in the insurance industry. The Chartered Property Casualty Underwriter (CPCU) designation. Earning the CPCU designation gives individuals a strong foundation in risk management of property and casualty exposures, giving them the tools they need to meet the challenges of a demanding global insurance marketplace. The course being several years long, Jose expects to earn the CPCU designation by 2014.

Ryan Gesell has been with the Cline Agency since 2002. He was the 57th person in the country to receive the prestigious CIRMS (Community Insurance and Risk Management Specialist) Designation, and recently earned the CMCA (Certified Manager of Community Associations) designation from CAI (Community Associations Institute) as well. Ryan has served on and chaired a variety of committees for CAI, and teaches the insurance portion of the “Essentials of Community Association Management” course for the CLAC and CIC chapters. He was also the 2015 and 2016 Speaker of the Year for the Channel Islands Chapter.

A native of Los Angeles, Ryan attended UCLA, and now lives in Ventura County with his wife and two daughters.

Adrianna joined Cline Agency Insurance Brokers in May 2006. After years of overseeing marketing for the agency she transitioned to the role of Producer. Adrianna now manages renewals for a large portion of the agency's business.

Originally from Canada, Adrianna graduated from the University of Western Ontario and McGill University in Canada. In her spare time she enjoys freelance writing and is proud of her contribution to a book about war heroes that benefitted wounded veterans organizations. 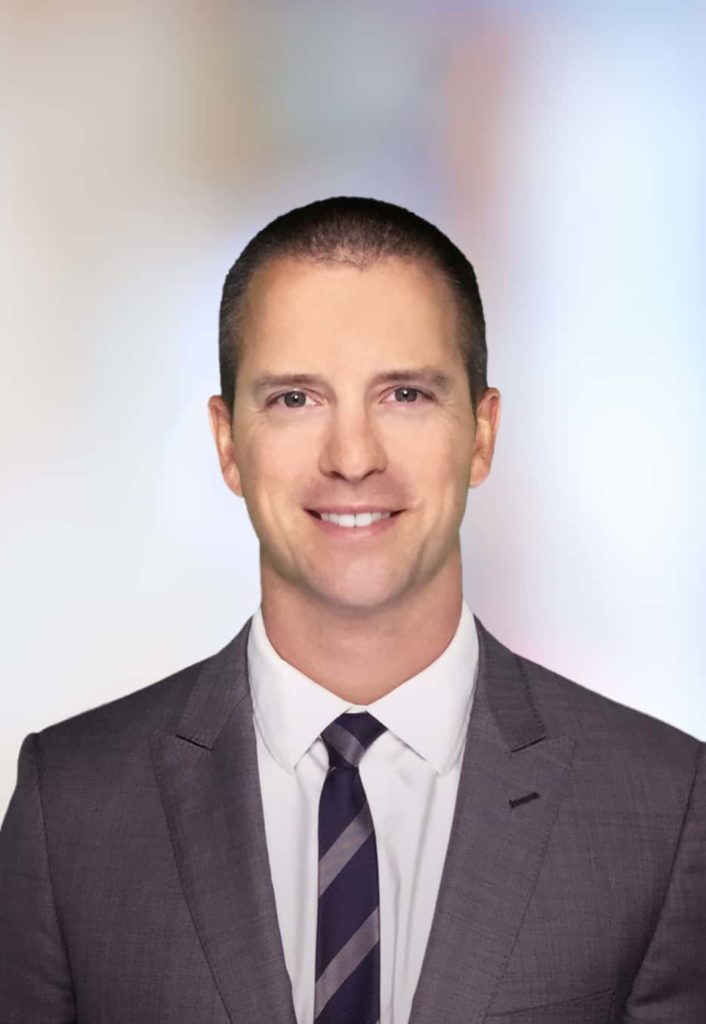 Anthony began with Cline Agency in the spring of 2005. Having worn many different hats since joining the team, he now works as the primary claims coordinator for the office as well as overseeing the accounts receivable department. Anthony earned his designation as a Chartered Property Casualty Underwriter (CPCU) in 2015 and now strives to make the complex jargon of insurance coverage and finance more accessible to the Agency’s clients.

Anthony lives in Sherman Oaks with his wife and two sons.

Born and raised in St. Louis, MO, Matthew joined the Cline Agency in the fall of 2007 and has served as the office’s primary account supervisor ever since.
Coming from an extensive creative background he also oversees all marketing campaigns and is responsible for their designs. Outside of the office Matthew is a devoted hockey player and competes in the Burbank area on weekends.

January Rizzo is setting new standards on how to keep the office running smoothly and keeping things organized. Internally driven, she takes pride in doing quality work and finds organization and logistics to be quite fun. Being part of Cline Agency Insurance Brokers has brought her much joy. Her words, not ours.

Including insurance, some of her interests are relaxing at home, dogs, and combat sports. She likes to take naps and go on hikes, but not at the same time.